October 08, 2016
UPDATE 10/16/16: I got a ton of feedback from the Colorado Trail Facebook group about this list, and based on their suggestions I'm adding a 9th tip and adjusting some language about who might benefit from this list.

This summer, I hiked for a month on the Colorado Trail and spent months reading everything I could find about thru hiking before I left. So I meandered into Backpacker Magazine’s 11 Key Tips for Female Thru Hikers.
Don’t bother clicking the link. It’s terrible.

Well, I suppose I’m being unfair. There are one or two pieces of advice that are reasonably helpful. But the rest of the article is embarrassing. Among the advice it provides is tip #8—"cry” because, the article explains, “it will make you feel better.” There’s also “embrace your feminine side” which includes putting a razor in your resupply and packing some “nice lotion” and wearing earrings.
I wish I were joking.

There are actually things women have to worry about when they backpack, and wearing earrings is pretty low on the list. I’m not a backpacking expert. The month I spent hiking the Colorado Trail was my longest trek by a lot. But I’ve backpacked for a few years, and I’ve learned a few things the hard way. So here is my humble starter list for things I’ve found useful as a female backpacker.  I think this list will likely change as I spend more time on the trail, so think of this as a work in progress.

Most of the advice for long distance backpacking applies to men and women equally. For me, the minimal differences specific to hiking as a woman boil down to three things: menstruation, breasts, and being of smaller size than many other hikers. So my tips are built around those three core differences. However, I also recognize that many women won't have my experiences. Women come in all shapes and different sizes. Many don't experience periods—for example, if they were born without or later removed a uterus, if they are post-menopausal or premenarcheal, or for other reasons. This list is a compilation of what I found most useful plus some advice from other women hikers, but at the end of the day you are the only one who knows what's right for your body.


It’s not that I think Backpacker Magazine’s 11 Key Tips are awful advice. Crying on the trail, eating chocolate, and packing nice lotion might make a lot of sense for some people. But I don’t think those people are necessarily women.

Thank you to all the women who provided feedback on this article! 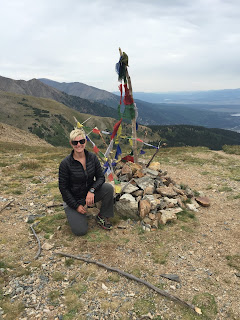 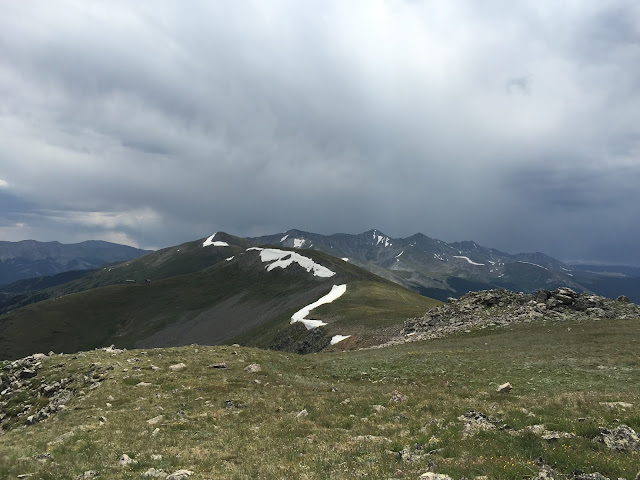 On publishing a trail journal

I feel deeply torn about publishing a journal about the Colorado Trail, for all it consumed months of planning, sucked up 4 weeks of my life, and was probably the most physically difficult thing I've ever done (note that I've never given birth or run an ultramarathon, so take that with a grain of salt). I figured I would keep a journal, but publishing it? That triggers all manner of negative reactions in me.
At core, I hate the idea of an unseen audience getting to read, experience, and judge my life. It's difficult to write about the Colorado Trail without also delving into lots of personal territory, since so much of the experience is a personal one. What's my brain doing as I trek up this hill, what's my body doing as I lie down to sleep? Everyone experiences the trail differently, and so much of that difference boils down to physical reactions, mental responses, and intention. Trying to carve those things out of the experience would leave almost nothing, a she…

Somehow we warm in the night. Maybe our body heat warms the tent, maybe the air pockets of the sleeping pad heat up, maybe the rock below us starts to warm up a bit. But when I wake, I'm cozy and warm and slept through the night, not hearing the sporadic rainfall that came.

I'm up and walking by 7:45, or at least I'm on the trail by then. I scout around for 15 minutes before to find that tiny dirt path. The CT is a mere foot in width in this section and it's hard to locate.

I find it at last and head off along the windy path. It's a beautiful morning, clouds dotting the sky but mostly sunny, great windswept plains.

The path is rolling—climbing, descending, climbing. Each climb reveals a new dramatic view of mountainsides and valleys.

I walk with purpose for 4 miles, the last mile a steady descent. Across the valley I can see the next climb and it is vicious. About 2,000 feet and it goes straight up a mountain.